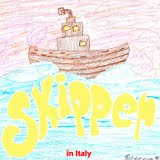 Skipper write songs about girls, driving, playing records and the giddy excitement of first dates. They match their emotional tumult to – what else? – hook-laden powerpop chock-a-block with cooing female backing vocals, chugging bass and new wave melodic smarts. Their seven-track 10”, In Italy, is, like Knight School’s Revenger and Sourpatch’s Crushin’ albums earlier this year, the sort of good-time record you’ll have to play non-stop for a week.

There’s a great 7”, too, which features Hangin’ On The Telephone (not a cover, but the title gives you an idea of where they’re coming from); next up there’s an album on Douchemaster, which will see them share a label with spiritual bedfellows Stolen Hearts and Baby Shakes. 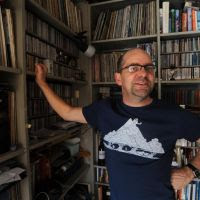 In 2009 you toured with The Bats (that was great, thanks); this year you’re touring with The Clean (I saw you this week and it was amazing). In 2011, then, it must be the turn of The Magick Heads to tour. I know I am not alone in this desire.

A mutual friend told me at your ICA gig that you don’t know where Magick Heads singer Jane Sinnott is. She’s playing in Auckland next week, so can’t be that hard to find. I tracked her down without too much difficulty.

A reminder, from the Lazy Ways ep, of The Magick Heads' brilliance: Just Like The Sun 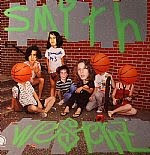 Magic Kids'– or the cast of Degrassi Junior High fronted by Snake – second single hit the shops this week. Superball sees the Magic Kids Orchestra on top form, although the off-key teenage girl choir backing (you know, the imperfect bit that makes a pop song perfect) of Hey Boy is absent. The high drama and emotional tug are still in place, and while the feeling that Magic Kids may have already played their strongest hand with Hey Boy is inescapable, Superball is nonetheless a straight A knockout pop record.
Posted by Fire Escape at 11:18 am No comments: 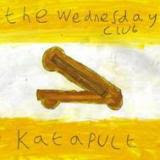 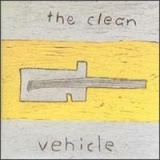 Seeing as how The Clean have been the key influence on indie’s underground for the past few years, it’s ironic that The Wednesday Club have adapted the sleeve of The Clean’s Vehicle album for Katapult, but are apparently free from its sonic influence.

The Wednesday Club take on board a whole range of other things – their interests must surely span folk, electronica, indiepop (come on, Steven’s House wouldn’t exist without The Field Mice’s Emma’s House) and psychedelia at the very least. The scattergun approach is closest in intent to Guided By Voices; in spirit they’re next to The Chemistry Experiment; and my feeling is that they probably wouldn’t mind being The Beta Band, but at this stage they’re too enjoyably ramshackle for that.

There’s plenty of fun here – the “FUCK THE WORLD” refrain to Citalogasm, and the claim on Marks and Lines that “Lily Allen lost her cherry, somewhere in the cemetery”– although at 15 tracks there’s a little self-indulgence at play. No matter – there’s something in here for even the coldest heart, and at least 10 tracks for anyone who likes offbeat US indie made by a band from Leeds who are off their nut.
Posted by Fire Escape at 4:08 pm No comments:

Alex Bleeker and the Freaks 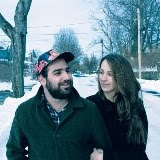 Alex Bleeker and the Freaks – or three-quarters of Real Estate swapping instruments and drafting in a different drummer – didn’t depart too far from Real Estate’s template of channelling classic 70s AM radio rock through the indie underground on their eponymous album. Same good shit, different name.

Their brand new three-track 7”, These Days, though, really distinguishes them as something more than a Real Estate side-project. The back-porch Americana of Getting By is a road song that revisits Dylan’s Highway 61 picking up Neil Young’s Emperor of Wyoming along the way.

There’s also some Byrds, Teenage Fanclub and Camper van Beethoven on this raggedy and careworn ep; if they can cut an album of songs this good, then Real Estate are going to have to settle for second place in a lot of people’s affections.
Posted by Fire Escape at 1:40 pm No comments: 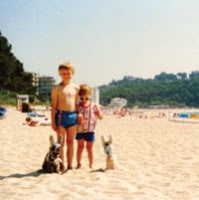 Best Coast tore it up this week – how can you fail to love a group that covers both Lesley Gore (That’s The Way Boys Are) and The Ramones (I Wanna Be Your Boyfriend)? A band that captures the bruised romance of girl group pop and the punch of two-minute punk ditties on their own songs?

When the album’s released later this year, the clever money’s on one of the big labels – Sub Pop at the very least – putting it out. In the meantime, last year’s five-song Where The Boys Are tape is being issued on CD by Blackest Rainbow this month.

Some shaky footage of Tuesday’s gig was shot from the fringes of the mosh pit. The cameraman – all 6’ 9” of him – muttered darkly that he'd poured his drink over some young hooligan, before leaving to re-join the circus.

then they play Bye Bye Pride

Posted by Fire Escape at 9:17 am No comments: 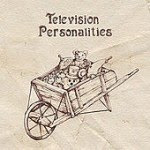 You’d have to go back to 1995’s I Was A Mod Before You Was A Mod album to find the most recent Television Personalities song that’s as good as You’re My Yoko. Woozy psychedelic keyboards, quietly classic 60s pop guitar and a shivering vocal sound like they’re on the verge of collapse but just about hold it together.

This return to form is further evidence that Dan Treacy is at least the equal to Ray Davies as England’s greatest ever songwriter – you know, if anyone’s compiling a dossier for Dan's inclusion in the Hall Of Fame.

You could play You’re My Yoko after Someone To Share My Life With, If I Could Write Poetry, Stop And Smell The Roses, Magnificent Dreams and If That’s What Love Is, and it would stand as an equal. You might have a nervous breakdown if you played them one after the other, but personal torment is the father of these songs...
Posted by Fire Escape at 4:24 pm No comments: 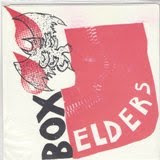 
Yesterday, a mate told me that Box Elders’ debut single isn’t available to download anywhere. Talking to drummer/keyboardist Dave Goldberg (yes, I have many showbiz pals) at their Ryan’s Bar gig in London last year, he said that even he didn’t have a copy. And these four songs were recorded in a cave under his house in 2007.
Hole In My Head

One Foot In Front Of The Other

And if you want to sing along, here's the lyric insert: 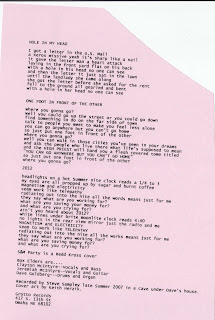 Posted by Fire Escape at 1:22 pm No comments:

An old fashioned fazine dropped into my letter box at the weekend. Last Train To Eastleigh! corners, as is the way of fanzines, a niche market, covering Southampton's indiepop history, as well as reviews of recent releases and gigs.

I enjoyed reading it; if you want to get your hands on the physical object, drop the editor Rich an email and he'll tell you how to get a copy.

The contents will be uploaded eventually, but romantics will surely want the physical format.
Posted by Fire Escape at 12:08 pm 2 comments: 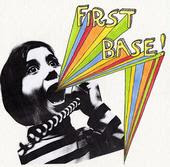 Reasons to love First Base:
1. The titles on their new ep: She’s Boy Crazy, I’ll Be Your Hangover, You’re A Waste Of My Time, Back To Japan
2. Using two chords forever and ever
3. Cheap Trick bubblegum rock, Stooges monochrome riffs, Ramones dumb lyrics
4. They’re just goofing off and having fun; these pop songs are a happy accident
5. They make it sound so easy (but if it were that easy, then Los Campesinos! would’ve found a way to sound this good).

Reason to hurry: the purple vinyl is all sold out and there’s only 20 left of the black vinyl.
Posted by Fire Escape at 9:07 am 1 comment: 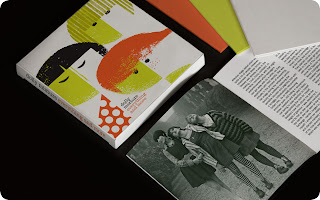 The Dolly Mixture website went live yesterday. The most important information is:

We will be re-releasing the Demonstration Tapes LP this spring as part of a 3 CD Box set. Also included will be all of the singles, a and b sides, a disc of previously unreleased material, including extra demos and live recordings plus a 32 page booklet.

A double vinyl album re-issue of Demonstration Tapes will also be available at the same time. Both items will be limited edition and available only via this website and a few selected stores.

So go and join the mailing list to keep updated.
Posted by Fire Escape at 7:34 am 2 comments: