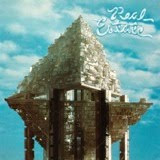 Real Estate are following their fine singles with a self-titled album through Woodsist on November 17. A popular reference point for commentators has been Pavement, which I can sort of hear in their oblique melodies, although the demented jangle and rough-house riff of Green River is far more likely to be inspired by The Clean and, if that song’s title wasn’t clue enough, Creedence Clearwater Revival.

The intense spell Real Estate cast on their slower songs is straight out of the Galaxie 500 aesthetic, augmented by neat country licks or sun dazed psychedelia. Beach Comber exemplifies that effect suggesting no less a classic than Opal’s Empty Box Blues, which is great company to be keeping.

With that Beach Comber download and both sides of each single included on the album, only five of the album’s tracks are new. Hmmm. 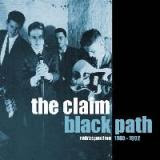 Until Saturday’s reunion gig in Rochester, Kent, I last saw The Claim 19 years ago in the upstairs room of The Glassblower pub in Soho. They had the snap of The Who, the poignancy of The Kinks and the passion of The Jasmine Minks. I say that’s where they were coming from in hindsight, of course; to my contemporary teenage ears they were simply one of the most exciting modern pop bands.

When The Claim called time in 1992, a new generation of English bands led by Blur were also taking the snarling guitars and waspish melodies of 60s mod as their influence. These new bands looked back in fondness rather than in anger as The Claim had, and found that in commercial terms nostalgia always trumps the new.

It would be overly romantic to harbour the notion that had The Claim’s 1988 album Boomy Tella – one of the great lost albums of any decade – been released five years later it would have hitched a ride on Britpop’s coattails. After all, no one ever got rich overestimating the intelligence of the record-buying public.

Black Path, a Claim retrospective, is released next week. Their songs stand testament to a band free from any intent other than to elevate pop to exalted levels. It won’t make anyone rich, of course – after that Glassblower gig some bloke collected money in a pint glass to pay the bands – but it will make newcomers to The Claim richer.

Dave Read and Dave Arnold of The Claim play a special acoustic set at the Hangover Lounge on Sunday October 11. Entrance is free. 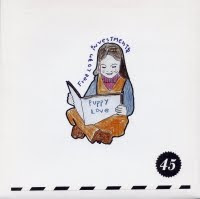 In a particularly acute case of Ebay Mentalism, someone’s trying to pass off Pretentious Girl by Free Loan Investments for £300 (THREE HUNDRED POUNDS) calling it their “mega rare first single”. Their first single is in fact Puppy Love on wiaiwya and is still available. As is their album, Have You Been To Mexico.

That ebay vendor is also touting Florian’s No One Goes For The Most Clever Girl In Class for the same amount BUT YOU CAN GET ONE FREE WITH ANY WIAIWYA ORDER (singles £3, eps £5, albums £10). While stocks last, obviously (I think John’s got about 6 copies – email wiaiwya with your order and ask about postage).
Posted by Fire Escape at 12:57 pm 3 comments:

Amida's ep If The Way Loves Two Suns shows a band with a rare knack for a sweet tune delivered ragged round the edges like those (very) old Television Personalities pop-punk nuggets.

These Are Golden Times suggests they’ve either got a few Creedence Clearwater Revival records in their collection or, perhaps more likely, they favour the sharply dramatic and delicately observed Go-Betweens songs of Robert Forster.

Their spirit of adventure sees them saddle up the horses for the countrified gem of You’ve Changed, Baby Girl, although this adventurism rather curiously leads them to explore the arrhythmic angularity of oddballs Jackdaw With Crowbar on the sub-minute quirky thrash of Beauty Fades. Still, this very enjoyable ep on Weepop makes this Manchester band one to watch.
Posted by Fire Escape at 1:16 pm 2 comments:

Edwyn Collins has announced details of a tour around the far-flung corners of the Scottish Highlands & Islands this autumn.

Originally planned for 2005, the tour had to be cancelled following his serious illness in February of that year.

The tour, supported by Tune Up, a Scottish Arts Council Initiative, will see Edwyn joined by Glaswegian band the 1990s. The tour calls in at Helmsdale, a homecoming of sorts for Collins who spent many weeks in this magical place during his recovery.

London & Manchester shows have also been announced. Support on both these nights will come from Colorama, fronted by Edwyn’s bandmate and collaborator Carwyn Ellis.

Edwyn is currently writing and recording a new solo album which is due for release in 2010.

Posted by Fire Escape at 1:10 pm No comments:

Dan Willson sings like a man who’s only ever received party invitations for wakes and funerals.


The Good News of this album is a play on the Good News Bible and as such follows last year’s Religious Songs ep, the title track of which declared: “You’re singing religious songs and getting the words wrong”.

Religious guilt and repression are recurring themes in Good News. The children’s hymn Jesus Wants Me For A Sunbeam is referenced in Cornflake, a drily witty song about sexual frustration (“I’d do anything to get my dick insider her/But that’s not what she wants to hear me say”) that alludes to the breakfast cereal magnate and lifelong anti-masturbation campaigner John Harvey Kellogg.

Ain't Go No Problems is Chicago soul straight out of the top drawer. A big local hit for Sunday - or Sunday Williams, to give her full name - in 1969, she followed it a year later with That's What You Want. Now you know all that I know.
Posted by Fire Escape at 12:12 pm 2 comments:

Mayer Hawthorne’s debut single last year, Just Ain’t Gonna Work Out, marked him as a songwriter with an intuitive gift for the sounds of 60s Motown; I Wish It Would Rain, from his second single, suggested that he has a less assured feel for 70s-style soul ballads.

Hawthorne’s album, A Strange Arrangement, confirms this pattern with a collection of sweetly suggestive mid-tempo soul and slightly syrupy ballads. Opening with a prelude, followed by the title track ballad and I Wish It Would Rain, indicates that Hawthorne is aiming at the suite concept of 1970s group soul albums.

More particularly, on these numbers Hawthorne’s going for the ‘quiet storm’ soul pioneered by Smokey Robinson on his 1975 album; in fact, as the wonderful Make Her Mine shows by tipping its hat to The Tracks Of My Tears, Smokey is his dominant influence.

By contrast, the spirit of Curtis Mayfield is invoked on The Ills so well it sounds like a lost backing track; lyrically, though, tackling the social fallout of Hurricane Katrina with a rhyming dictionary is naïve at best. Candyfloss lyrics are fine on the superb Motorcity drama of One Track Mind or the oldies radio gold of Let Me Know, but the message has to fit the medium.

A Strange Arrangement is by turns inspiring and dispiriting; it contains some of the year’s best new music and, in comparison, some disappointing ballads. Given the quality of this debut album's high points, Hawthorne could make a jaw-dropping set next time; perhaps if he steps out of Smokey’s shadow and avoids the ballads, he’ll ensure his own spot in the Hall of Fame.
Posted by Fire Escape at 11:53 am No comments: