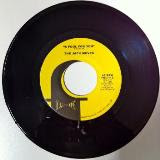 Yet another hot new soul find: The Jack Moves may take their name from Straight Outta Compton, but they're straight outta New Jersey and have more in common with contemporaries The Olympians' meditative NYC soul sound than gangsta rap. Their debut 45 A Fool For You would sit comfortably in the early 70s Stax canon (think The Soul Children, Johnnie Taylor and The Mad Lads) but for its smooth pleading and deceptively intricate craft it gives its biggest nod to George Benson.

Posted by Fire Escape at 4:41 pm No comments: 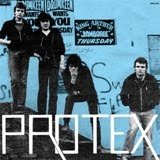 Don’t Ring Me Up, Protex’s 1978 debut single, is so good it was released twice by two great labels: first by Good Vibrations, then by Rough Trade. Even though their name was a tribute to The Clash, this band of Northern Irish schoolboys’ teen traumas soundtracked by reckless riffs and stupidly simple solos make them closer in spirit and execution to Buzzcocks.

A deal with Polydor produced three singles and one shelved album, Strange Obsessions, which has at last been issued. Bubblegum punk spars with powerpop glory (it’s a win-win) for an album that feels as fresh as it was meant to 30 years ago. Did someone say ‘teenage dreams so hard to beat’? If so, they were right.

Yeah, Betty Wright ain't exactly lost, and her back catalogue has been mined by both hip hop DJs and R&B songwriters, but a brilliant 1974 b-side, Value Your Love, has somehow escaped even the attentions of compilation albums.

Secretary on the a-side is a strong enough femme-funk workout, but flip it over and you've got a southern soul band on top form (just listen to that organ and those horns) and Wright at her most urgent and passionate. This single was a decent-enough seller at the time: in the UK you can pick it up for 2 or 3 quid; I bet in the States you could score it for a dollar. That would be a bargain at twice the price.

Posted by Fire Escape at 5:53 am No comments: 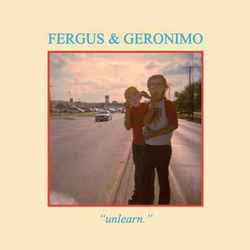 "Sparks is a pretty big influence - not just musically, but the way that band operates. It is two guys making weird music with no other agenda than being creative and surprising, and that's what I want this band to be. That band is a great example of a group that makes no compromises for creativity." Andrew Savage


Fergus and Geronimo release their debut album, Unlearn, in January which on the basis of their riotous soul-driven rock’n’roll singles so far is going to set the scene in 2011. The song titles alone promise great riches:
1. Girls With English Accents
2. Wanna Know What I Would Do?
3. Powerful Lovin'
4. Baby Boomer/Could You Deliver
5. Michael Kelly
6. Baby Don't You Cry
7. Where The Walls Are Made Of Grass
8. The World Never Stops
9. Forced Aloha
10. Could You Deliver
11. Unlearn

There’s a new single first, Never Satisfied/Turning Blue, which you can stream.
Posted by Fire Escape at 1:27 am No comments: 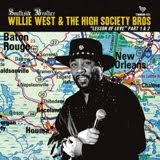 Fans of this pairing's previous outing* The Devil Gives Me Everything Except What I Need will be bowled over by Lesson Of Love, which takes the deep soul flavour of its predecessor and nudges the pace into sweet midtempo territory. The High Society Bros feature members of The Soul Investigators, with whom many of you will be familiar for their part in making three of the best singles of the past 12 months with Myron & E. Lesson Of Love is up there with those modern classics.
Read more about Willie West's rich history
*trans: anyone who's heard it
Posted by Fire Escape at 6:27 am No comments:

Surf City, the true inheritors of The Clean's 1980s melodic maelstrom, are releasing an album, Kudos, through Fire on November 1. About time, too, seeing as it's been three years since their only other record, their eponymous ep. Gales of feedback, violent beauty and a battery of chaotic psych pop will be all yours.

They're coming to Europe in November so prepare for the sonic onslaught in your face (dates tbc); I would copy the press release here, but seeing as the PR likens them to The Zombies (they sound nothing like The Zombies) presumably because Kudos features a song called Zombies, it would be a waste of all our time.

Posted by Fire Escape at 7:31 am No comments:

The Sweet Sounds Of The Sugar Stems 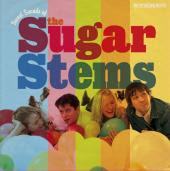 Starring Betsy and Stephanie ex of The Flips and two blokes, The Sugar Stems are armed to the teeth with simple pop hooks which they dispatch fresh and direct. They've learned their energetic trade from the best that the classics of bubblegum, glam rock, powerpop and girl group can offer.


Their album Sweet Sounds Of could show off their entire range on side one with time to spare, but over the fourteen songs they kick up a riot of colourful fun with such enthusiasm that you may just as well surrender to its basic and very effective charms.