Over three consecutive evenings Robert will reunite the original recording artists to perform three of his solo albums in their entirety.

In what promises to be a landmark event he will complete the four ages of Robert Forster performing a selection of The Go-Betweens songs.

I have mixed feelings about this last show. I remember Forster saying in the immediate aftermath of Grant's death that The Go-Betweens were over, but the last night does seem, with the inclusion of the other two Go-Betweens from the final two albums, somewhat close to a reformation.

Much as I have been enjoying Forster's journalism for The Monthly magazine, I would like to see him writing some new songs. Perhaps this is a warm-up for some new solo action. I certainly hope it's not - and I don't think it is - a warm-up for a "new" Go-Betweens travelling circus.

If that happened - well, then there would surely be some particularly vocal demonstrations for the band to be called The Australian Go-Betweens (as Lindy apocraphally insisted when Robert and Grant restarted the band for Rachel Worth).
Posted by Fire Escape at 2:59 pm 1 comment:

This year just gets better and better. Let’s Wrestle debut with the magnificent Song For Abba Tribute Band, which takes the desperate thrash of those early Wedding Present Reception releases and filters it through Guided By Voices’ off-kilter masterpiece, Bee Thousand, gifting us a truly great anti-love song with some great barbed lyrics delivered in an attractively louche fashion (try "can you get that knife right out of my back now please"; and "if the book of love says 'right on' I say 'fuck off'" for starters).

The b-side, I Want To Be In Husker Du, is just as strong, in which singer WPG voices his development from knock-kneed indiepop fan to worshipper of the overlords of American underground rock:

“I wish that I could play like Thurston Moore,
I spent too many years listening to Lamchop…

This is the death of an indiepop fan,
I wish that I was in Husker Du.”

I fancy that I can hear some Pavement in there too – no bad thing, let me assure you.

You can just hear John Peel now, saying, “Well, that is simply terrific. We must get WPG – not the name his mother gave him at birth, I’m sure – and the boys down to Maida Vale for a session. And if you’re listening, Let’s Wrestle, it’s a very good thing you don’t sound like Led Zeppelin, almost a prerequisite for being played on this programme, in fact. That and not having any jazz influence. Right. Here’s Bastard Kestrel.”

But I digress, because there’s more great music from The Young Republic, whose Blue Skies 7” is their first UK release and what a treat it is. Infused with the sweeping style and grandiose lustre that only an octet boasting pedal steel, violin, cello, piano, flute and much, much more in its arsenal can manage, you can hear among the classicism much of the classic indie they obviously hold dear to their hearts. 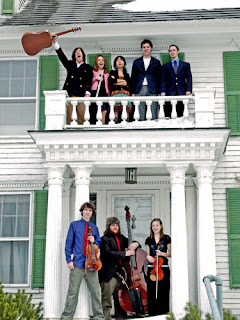 Formed at music school in Boston, you’ll be forgiven for making a Belle and Sebastian comparison, because they do occupy similar territory as those early B+S discs. Given the strength of Blue Skies and its fine b-side, Small Town In A World War, it’s a fine place to be, although seeing at it’s retailing at – ouch! – a fiver, maybe you won’t rush out to buy one. I’m glad I did, though. There are not many better ways to be relieved of a fiver, I must say.

My Sad Captains' debut single, Bad Decisions, is out and what a corker that is, too. Made with the American highway, your elbows in the breeze and the car stereo blasting all in mind, this song has a GIANT hook that captures both the pop sensibilities of radio rock and the skewed vision of Pavement.

Much more of this kind of greatness and surely the Camden Town home they share (kinda like The Monkees, only with CCTV I like to think) will soon be decorated with gold records. Only a tone deaf idiot with a subscription to Carnal Flange magazine could disagree.

You can watch them (MSC, not the tone deaf idiots) having “larks” and “japes” in this video with inflatable toys (they really are The Monkees after all...).
Posted by Fire Escape at 4:38 pm 2 comments:

In a year already rich with classic releases, And I Found This Boy by Maia Hirasawa sounds, on the first fifteen listens, like the best song of the past decade. It's an adrenaline-soaked rush of pop perfection that barrels along with the carefree abandon found late on in every nightclub when the drinks have flowed, the neckties have been loosened and the blood pressure's pumping.

A tale of a one-night stand, And I Found This Boy is by turns rapturous and remorseful, capturing the essence of the greatest American musicals, the seductive drama of a John Hughes movie and - yes! - the Magnetic Fields playing prom night with a full orchestra.

You will love this song. The video, too, is absolutely wonderful. Both are so cute I could smack them.

And I Found This Boy
This song features handclaps.

Maia's day job is being part of Hello Saferide, whose My Best Friend you should check out.
My Best Friend
This song features the pay-off line "Damn! I wish I was a lesbian, and that you were too."
Posted by Fire Escape at 10:48 am No comments:

Grant McLennan - one year on

A year today one of the world's finest songwriters of the post-punk era died. To mark this sorrowful loss of one of the greats, I post here a small part of his exceptional legacy of love songs, all with that certain frisson, including an exceptionally fiery Easy Come, Easy Go; the ever emotive Bachelor Kisses; and a particularly powerful rendition of Streets Of Your Town.

All songs were captured live in Hamburg, 31 October 2000.

You may think me stupid - frankly, that is the least of my worries - but I add here a photograph of the Grant McLennan shrine at FET HQ. 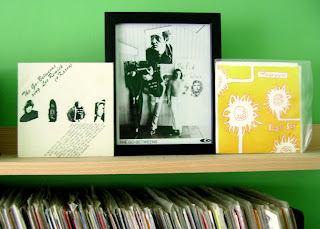 Low Vs Diamond and other fine singles

Low Vs Diamond, whose debut single Life After Love, an astonishing piece of melody and small-town melodrama ratcheted up to epic proportions, is still edging the pack when it comes to the year’s best singles so far, have a new one, Heart Attack, out this week.

At their best – and that really is very good indeed – they explore that darkly brooding chapter of the early 80s that’s yet to get a mainstream revival (y’know, The Wake and The Stockholm Monsters; they can stumble blindly exploring that period sometimes, though, recalling a blunt, blustering Psychedelic Furs with stadium rock ambitions).

Their early inconsistency means it’s hard to say how things will develop, but they’ve got to have something to write a debut quite so strong.

Tillmans return with a new single, Superfiction, on the reliable Bracken label, which like last year's debut on the equally reliable Fraction Discs imprint, tiptoes around The Wake’s way with a fragile, keyboard-drenched atmosphere, similar to the Field Mice’s attempt to fuse New Order’s clubland beats to bedroom pop. You might think they sound just like The Church, as Mrs FET does, and you’d be right. 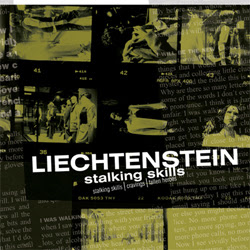 Stalking Skills by Liechtenstein, if you haven’t heard it by now, is another Fraction gem, capturing the evergreen sound of The Shangri-Las crashing headlong into the Jesus and Mary Chain.

Dinosaur Jr’s comeback single (video produced by Matt Dillon and featuring Thurston Moore and child) is louder and harder than either of the great Fog albums of recent times and I’ll surely be picking up the new album this week. Probably (definitely, in fact) won’t be buying a pair of Dinosaur Jr Nike boots, but maybe that “tasteful” silver looks better if it matches your hair, like J Mascis' silvery tresses does. Perhaps Robert Forster’s bought a pair. Now that I would like to see…

Strange Idols' newie, She’s Gonna Let You Down Again, has had some of the Gareth Parton magic production dust (Pipettes, Go Team) sprinkled on it, sticking one foot on the dancefloor while keeping an eye on their Felt-influenced indie roots. It really is a quite terrific single and proves that the mixed bag of their live show holds some stunning material.
Posted by Fire Escape at 3:48 pm No comments: