A late – and successful – bid for 2008’s best soul single comes in Just Ain’t Gonna Work Out by Mayer Hawthorne & the County. From Ann Arbor, Michigan, Mayer’s classic soul is steeped in the golden sounds of neighbouring Detroit.

Mayer says he’s influenced by “the music of Smokey Robinson, Curtis Mayfield, and the legendary songwriting and production trio of Lamont Dozier, Brian Holland, and Eddie Holland Jr”. I hear you, Mayer.

You’ll only have to listen to Just Ain’t Gonna Work Out once to know that 2009 will see Mayer Hawthorne & the County hitting the big boys charts.

If you want more classic soul 2008-style, search out Kylie Auldist, whose Community Service Announcement single has been one of this year’s joys. Her debut album, Just Say, outstrips the often great work she’s done as part of The Bamboos over their last two albums.
Posted by Fire Escape at 12:36 pm No comments: 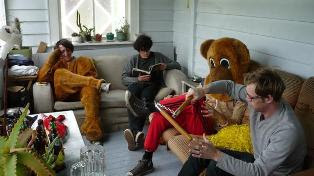 It was probably a case of NZ bands in the 90s rebelling against domestic legends; now, though, a new quartet has embraced The Clean’s primitive pop melodies, basic garage rhythms and seductive noise. OK, by name Surf City are obviously declaring a kinship with the Mary Chain, but they augment that three-chords-and-a-distortion-pedal trick with classic Flying Nun influences.

Kudos draws from the west coast pop and theatrical atmospherics of The Chills (think Pink Frost) and the relentless riffing of Straitjacket Fits; Dickshakers Union fuses poetry and punk with lively electric squalls like The Verlaines; and Records Of A Flagpole Shaker, with its insistent guitar and organ mix, is doggedly fuzzy around the edges like – well, I wouldn’t be surprised if it was in fact an outtake from The Clean’s Vehicle sessions. 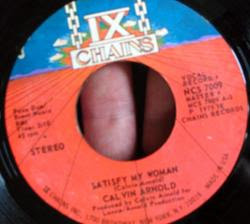 Uxoriousness is a much-unexplored emotion in soul music, which makes Calvin Arnold's sermon on being under the thumb all the more powerful.

A super sweet piece of crossover soul with a gritty funk edge, Satisfy My Woman sees Arnold shrugging off his friends' advice and keeping on giving his woman all his money and all his love.

Lest anyone doubt Arnold's fine intentions to keep hold of his loved one, he promises to:

I dearly hope that kind of smooth talkin' worked its magic for Calvin Arnold in 1975. It's still working now.
Posted by Fire Escape at 1:47 pm 2 comments: 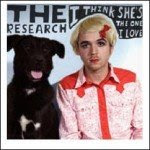 This is more like it. The Research's comeback single, I Think She’s The One I Love, is grandiose and swooning like ABC’s The Lexicon Of Love and melodramatically romantic like Orange Juice’s You Can’t Hide Your Love Forever. It’s one of my favourite singles of the year.

I haven’t liked The Research this much since 2005’s The Way You Used To Smile, which for at least two weeks after its release I was convinced was the best single made since 1963. In fact, this is pretty much the only time I’ve really liked them since then.

At the top of their game, The Research, like Pulp, lend great invention to superficial pop; at the bottom, they sounded like a good joke told badly. Live they played crap Yamaha synths and sang out of tune, like Baxendale, only nowhere near as fun or as good.

I wonder if EMI pressured the creativity out of them a couple of years ago. Whatever the case, they weren’t the finished article. What’s clear now, though, is that I Think She’s The One I Love is fantastic. I’ll have to get the new album, The Old Terminal, to see if they’re really delivering on their promise at last.
Posted by Fire Escape at 3:03 pm No comments: 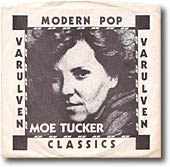 This guy in Boston called me. Somehow he'd gotten a hold of a tape of Jonathan Richman and I doing I'm Sticking With You (from 1974). We'd known Jonathan since he was 14. He used to come to Velvets shows so we knew him forever. So we just recorded the song and never released it- it was just done for fun. This guy had the tapes and wanted to release it on his own little label.

Moe and JoJo's version of I'm Sticking With You was eventually released in 1980 on Boston's Varulven label. Cute, huh?
Posted by Fire Escape at 5:48 pm 3 comments:

The story of American soul music could easily be: “50,000 heartbreaks, 50,000 good reasons to cheer”. Pauline Shivers’ heartbreak – and she is truly torn, desolate and crushed – on Won’t You Come Back Home is a beautiful slice of Chicago soul.

Vintage fans will admire the authentic crackles on my copy; for the audiophiles among you, Shivers’ nephew has posted a much cleaner copy to his site for listening purposes. Won’t You Come Back Home hasn’t taken off with the collectors, so you can still pick up a copy for under a tenner if you search around.
Posted by Fire Escape at 1:51 pm 3 comments:

More Songs About Love And The Afterlife 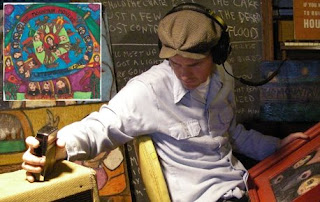 Some time in the future, the monthly mags will get it and they’ll all run glowing retrospectives on The Mountain Movers, the band that released the best two albums of 2008.

I’m going to guess you were smart enough to pick up the horn-drenched melodic masterclass of We’ve Walked In Hell And There Is Life After Death earlier this year; act now and pick up one of only 300 copies of the follow-up, Let’s Open Up The Chest.

Or brilliantly messed-up symphonies, mixing playful pop with psychedelic rock, breathless vocals and spine-tingling atmospherics. Dan’s already “practicing to make a new record this winter that is more acoustic and strange with some different people”. I can’t wait to hear the results.

Go to Safety Meeting to get your copy of the new vinyl album, which comes with a CDR.
Posted by Fire Escape at 5:20 pm 3 comments: 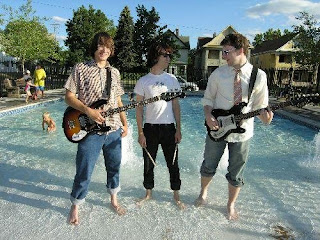 Three geeky kids from Minneapolis with a ragged guitar assault? Stop/start dynamics? Intense power? Abrasive sonics paired with catchy tunes? Yes, that does sound like Husker Du at their very best, but that feral pop crown has been passed to Boys Club.

Girls Of Today is my pick of their singles; even better is the b-side, Are You Gonna Be My Baby, which with its grit, harmonies and rugged bounce wouldn’t be out of place on either of those great Rhino DIY power pop compilations.

Thanks to Andrew of the I Smiled Yesterday team, who turned me on to Boys Club. You can listen to the new ISY podcast here.
Posted by Fire Escape at 4:45 pm No comments:

Both of the new Paul Kelly films, Take Three Girls: The Dolly Mixture Story and Lawrence Of Belgravia, which were shown at the Barbican last night, were great. They're both still works in progress. I hope that when the Lawrence film is finished, the ticket issuers get the film name right for its premiere. 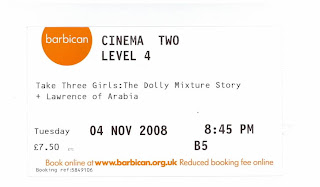 Lawrence wasn't at the film, but he did turn up to the pub afterwards. He thought that the mistake was hilarious. He did say in the film, after all, that his mum probably named him after Lawrence of Arabia, not realising that Lawrence was the character's surname.

While the film did encouragingly report that Lawrence has a roof over his head, the terms of his residence, based on a psychiatric evaluation, stipulate that he's not allowed to undertake work of any kind. That includes performing live and releasing new material.

I know I'm not alone in hoping that a speedy resolution to this situation, allowing Lawrence to play gigs and release new material, is reached.
Posted by Fire Escape at 1:17 pm 2 comments: