The Desperate Bicycles declared "it was easy, it was cheap go and do it!" on their 1977 debut single, Smokescreen, and thousands of people across the UK went and did it.


Those people included Dave Morgan (later of The Loft, Primal Scream and other Creation acts) and Graham Massey (later of 808 State) among the many who had access to cheap instruments, even cheaper recording equipment, cheaper still cassettes and a network of music fans whose hunch that the best that music had to offer from 1979 –1984 might not be available through the established outlets was often right.

Messthetics Greatest Hiss (‘an introduction to the DIY cassette scene 1979-84’) is an invaluable record of post-punk’s teenage dreams. Many of those dreams were informed by the Television Personalities or The Fall’s Live At The Witch Trials. Some banged on beer cans; others strummed an egg slicer.

The line between genius and madness is never quite so blurred as on a Messthetics compilation. I can’t pretend to like all of the songs, but for the dedicated pursuer of lost classics, a trawl through this CD will uncover some treasures.

Everything, conversely, on Messthetics 106, The Manchester Musicians Collective 1977-82, has either the potential to excite the listener or demand further investigation. This compilation is another example of why Manchester was the global capital of music in terms of influence and inspiration for the dozen years after Buzzcocks’ Spiral Scratch.

The 21 songs here reveal a scene as enthralled by the sonic potential of keyboards as by the aural experiments of the electric guitar. All of these bands sound like they merited Factory recording contracts. If your idea of greatness is the Stockholm Monsters’ doleful anguish or The Blue Orchids’ bitter misery, then you’ll love this CD.
Posted by Fire Escape at 12:32 pm 7 comments:

The Puddle "The Shakespeare Monkey"

The Shakespeare Monkey is an album of poetry and paranoia, of shredded guitars and heavyhearted violins, of post-punk gloom and indiepop sparkle. Rough Trade are the sole UK stockists. Go forth.
Posted by Fire Escape at 11:54 am 2 comments: 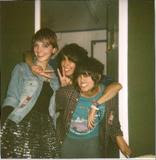 Pens’ debut vinyl outing, featuring Hate Your Calendar and High In The Cinema on a split 7”, shows they’ve completely failed to master the recording studio or any of their instruments. They’re fast and sloppy and brash and sludgy and unkempt. They’re exhilarating and slapdash and punky and giddy and drunkenly, waywardly fun. Naturally, they sound fantastic.

Just to confuse you, Wavves’ second album follows in February and is called Wavvves. Here’s an mp3, So Bored, to whet your appetite. The album will be released by De Stijl, as will Pens’ debut album.

Both bands are supporting Crystal Stilts on February 26 at Barden’s Boudoir in London. You know it’s going to be one of gigs of 2009.
Posted by Fire Escape at 5:49 pm 1 comment:

TVPs - I Still Believe In Magic 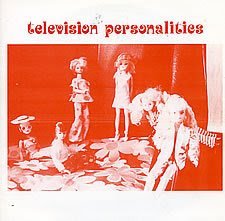 News that Dan Treacy has developed MS is the latest sad chapter in his life of hard luck stories. I Still Believe In Magic is a reminder that, at his best, Dan is one of the finest songwriters the UK has ever produced.

Its b-side, a cover of Mel and Kim's Respectable, is a reminder that the TVPs had more than a passing familiarity with the ingestion of LSD.

The sleevenotes by Bob Stanley - for this single was issued on his Caff label - tell us:

Recorded and mixed in Jowe's Kitchen (note genuine frying pan effects at the beginning of side one), late Summer 1989. 'I Still Believe In Magic' was recorded in early '86 for an Andy Kershaw sesh in a freezing Stockport studio when Dan had a streaming cold. The Caff version which you are now holding was recorded on a splendidly lo-fi portastudio but makes up for the recording qual by being ten times more atmos. Some would call it poetry. ' Respectable' is a tribute to SAW, bless 'em.

Posted by Fire Escape at 3:34 pm No comments:

Lost Soul: The Brothers Of Love

I know nothing about this record, other than it’s dynamite. I’ll guess that the band are from Philly (their name suggests they’re probably from the city of Brotherly Love, and those sweetly stirring strings have got Philly all over them) and that it was made in 1968.

There are a few of the hallmarks of Chicago soul in Yes I Am – mid-tempo beat with vocal harmonies, anyone? - particularly that pleading-for-a-woman lyric:

And you’ve got to love the way the singer drops the “So bring your foxy self here” line, haven’t you? Yes, you have.
Posted by Fire Escape at 4:49 pm 2 comments:


A video for Crystal Stilts' Prismatic Room was shot and edited at the weekend. It features crackly footage, at least one member of Cause Co-Motion!, sunglasses being worn at night (of course) and a cracking tune (obviously).

The Pains Of Being Pure At Heart have gone for the vintage look, too, as the Super 8 was spooled for Everything With You. Pains video fans will be pleased to learn that they'll soon be shooting a video for Young Adult Friction, their next single, in a library in Cambridge.
Posted by Fire Escape at 10:47 am 2 comments:

WIAIWYA head honcho John "JJ" Jervis has marshalled his showbiz pals and got them to sprinkle their magical music dust over some festive tunes.

They can all be downloaded for free HERE.

Keep your eyes on WIAIWYA because their 2009 roster will include Help Stamp Out Loneliness (they write nothing but hit singles), The Middle Ones (Marine Girls charm and Twa Toots pop) and Eux Autres (you know all about their seductive pop noir already).

Photo credit
Posted by Fire Escape at 11:38 am No comments:

The Advent Calendar Of FACT 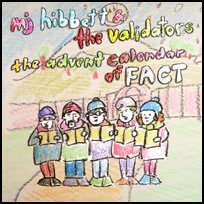 In which MJ Hibbett dons his Santa hat and makes those sleigh bells go ring-ting-ting-a-ling in his festive fandango of FACT. You can see the video here.


The b-side - which like the a-side is downloadable from all good mp3 shoppes - is Give Us A Kiss (for Christmas). Without wishing to sound like Scrooge, 'Thanks, MJ, but no thanks.' However, if it were a Manly Hug you were offering, I'd change my mind. Maybe there's a title for next year's Christmas song, eh?
Posted by Fire Escape at 11:23 am No comments: 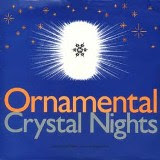 What a song. Rose McDowall (or "McDowell" as One Little Indian would have you believe on the record) teams up with some Icelandic musicians (and "Drew McDowell", whose CV includes being in Psychic TV, tour managing The Shamen and erstwhile husband to Rose) to re-record Crystal Days as Crystal Nights.

This song was recorded in Reykjavik and mixed in London. Amazing.
Posted by Fire Escape at 11:39 am 3 comments: 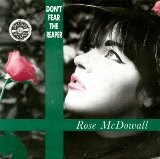 Rose McDowall recorded a batch of demos after the demise of Strawberry Switchblade. A single, featuring the very good Crystal Days and a passable cover of Blue Oyster Cult’s Don’t Fear The Reaper, was issued in 1988.

As far as I’m aware, the single was an unofficial release that Rose didn’t want issued. You can see her point if you’ve ever heard Crystal Nights by Ornamental, which was Rose's and Einar from the Sugarcubes' improvement on Crystal Days, turning it into a song so good that it became one of my favourite singles of 1988. 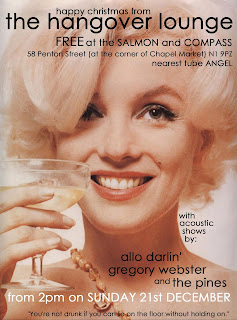 Posted by Fire Escape at 3:18 pm No comments:

The Soft Pack (not The Muslims)

The Muslims have changed their name to The Soft Pack and will be playing an NME Brats gig next February in London.


This means that they've been signed by a big label (I know Heavenly were interested...) who are sensitive about the commercial potential of a band called "The Muslims" and a safer bet is a cigarette-inspired name.

Controversial band names, of course, are the only reason why The Christians and Frank Black and the Catholics are no longer around.
Posted by Fire Escape at 12:27 pm 5 comments: