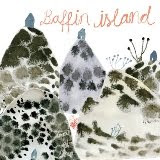 Baffin Island - or The Very Most and The Hermit Crabs pooling their resources - have got an ace ep for free download through those generous Eardrums people. Turns out that mixing these two bands brings to mind The Smiths' covering Cilla Black's Work Is A Four-Letter Word. Comparisons to Sinister-era B&S and Camera Obscura will get no arguments from me, and even if that's a road well travelled then Baffin Island bring a certain class to the proceedings to make this venture well worthwhile.
Baffin Island - ePop009 - digital single by EardrumsPop

Turns out that The Very Most have just released a brand spanking new 7" ep, Patricia, so I'll leave off here to do some shopping.
Posted by Fire Escape at 12:39 pm No comments: 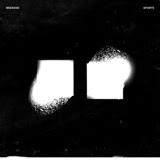 Weekend’s debut single All-American is this year’s most astonishing revelation: a hypnotic riff blitzed by noise from all sides, it screams from the dark with the same intensity as MBV in 1988, leans over the edge of the world and dares to jump off.


The album Sports hasn’t got a song quite as good - how could it? - but like Isn’t Anything it assaults the senses with no-wave sullenness, psychedelic insanity, Teutonic tribal rhythms and - look hard, now - some wayward tunes too. It’s some achievement and even if it doesn’t rewrite the rule book, it rips it up with delicious abandon.

God knows what they’ll do next, but they say no to life with such devastating attraction that whatever it is, like Sports, it’ll be hard to resist.
Posted by Fire Escape at 5:13 pm No comments: 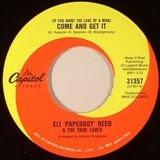 Eli Paperboy Reed struck a rich seam of soul gold this year with his third album after plying a more rootsy r&b sound with his first two records. If there were any doubt about the man's credentials, opening the album with a version of Frank Lynch's minor classic Young Girl settled the nerves and the production from hit-maker Mike Elizondo has put Reed on course to become a star.

Like Mayer Hawthorne, Reed is not quite yet the full package but he's getting there fast. The best two songs from Come & Get It - the title track and Just Like Me - have been issued as a 7", using the classic Capitol swirl label so you can file this by your Patrice Holloway, Esquires and Gloria Jones 45s (even if the Brunswick label of Tyrone Davis, Jackie Wilson and Gene Chandler might be closer to this fine single's soul uprising). 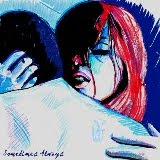 If you wondered where the Shop Assistants revival was headed after Brooklyn and SoCal, look no further than Indonesia where Sometimes Always are making fuzzy guitars snap, crackle and pop for two minutes a time.


You Can All Hide and Old Fashioned Baby, the stand-out tracks from his (it's a one-mand band) debut ep swap the reverb-heavy sound fashionable in the USA these past few years for frazzled feedback, reminding us that the Mary Chain’s collision of Spector pop and white noise was the template for the mid-80s Scottish indiepop buzz.

This is a very strong calling card and is a must for anyone who's over the scenesters but still in love with pop music: download the ep free from Eardrums Pop.
Posted by Fire Escape at 10:53 am No comments:

The greatness and perfection of John Mohan

Lawrence said in 1982 that the guitar Maurice Deebank used on Crumbling The Antiseptic Beauty “made a sound like pins popping in your head”. John Mohan, who later joined Felt and also authored a similar effect on his contributions to The Servants’ recordings, is the only other guitarist who can make that sound.

Mohan's 1986/7 demos, just issued by Edition 59, are essential to old Felt fans, new Clientele fans and anyone who ever thought ‘what if Deebank’s album Inner Thought Zone had the greatness and perfection we dared dream it would?'.

What we really need after this is for The Servants demos from their very brief reformation in 1998 to be released. They are at least 8,000 times better than the official versions recorded by David Westlake with a much less complementary backing band and later released on the Play Dusty For Me album. They deserve to be heard.

Unfortunately, Westlake doesn’t share my opinion and as a solicitor won’t (allegedly) take kindly to those Servants demos being uploaded. A shame.

Posted by Fire Escape at 1:48 pm No comments:

The Triumphant Return of Phil Wilson 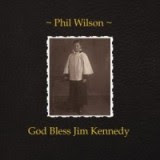 Thanks to everyone who released Phil Wilson’s cover songs in the past two years; they’ve been what My Beauty was supposed to be for Kevin Rowland: encouragement for one of the greats to get back in the studio and, eventually, release new original material. What hasn’t quite worked for Rowland has been a triumph for Wilson.


God Bless Jim Kennedy is spiky pop with lush orchestration. It sounds like how you expect all those second-rate Scandinavian bands who want to be Belle and Sebastian imagine they sound; in places it does in fact sound like Belle and Sebastian might have sounded if after If You’re Feeling Sinister Stuart Murdoch had successfully harnessed his pop gift to the bigger studio budget.

If the world-weariness of comeback single I Own It (“Everything I feel has been felt before…Everything I see has been seen before…But every feeling I feel is real to me I own it”) has an apologetic air, it states more strongly a triumphant reclamation of indiepop by one of its forefathers.

In a year when Dan Treacy has made his best record in 15 years and Edwyn Collins continues to make enjoyable albums, Phil Wilson has bettered both of his contemporaries with God Bless Jim Kennedy: he’s created an album that both reaches back to The June Brides’ glory (Up To London and Small Town could be lost classics from There Are Eight Million Stories) and points to future glories all of Phil Wilson’s own.

And in a year where the bar for classic pop albums has been set high by newcomers The Magic Kids, Phil Wilson has reached for the sky, grabbed a fistful of stars and made the best pop album of 2010.
Posted by Fire Escape at 10:20 am 1 comment:

Myron & E with The Soul Investigators - The Pot Club


The Pot Club is a slower and funkier groove from soul music's greatest working band. They may have been playing The Chi-Lites' Stoned Out Of My Mind, The Dramatics' The Devil Is Dope and Laura Nyro's Stoned Soul Picnic the night before they went into the studio. Or they might not. But The Pot Club sounds great played before, after or in-between those songs; just plain great any time you play it.
Posted by Fire Escape at 4:52 pm No comments: 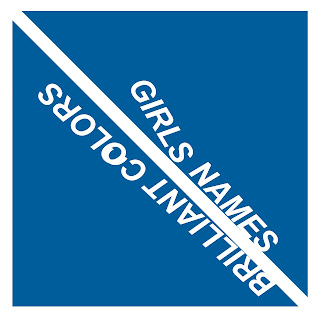 I'd previously dismissed Girls Names as a band with a decent record collection and some hipster contacts, but with I Lose they finally get out of the traps with a great track. Atmospheric like Felt's Cherry Red singles, naggingly intense like Crystal Stilts and punkily melodic like early Verlaines, Girls Names are at last a band to watch.


Brilliant Colors, conversely, started brilliantly but have been a bit hit and miss lately. You Win, though, sees them recapture the pop-punk spirit that made them sound like the only band worth listening to. In a little over 2 minutes they race for the prize of frenzied buzzsaw delight and win.

Tough Love release this split on Nov 23; listen to it all you like first.
Posted by Fire Escape at 1:11 pm No comments: