They nail it spot on with the swirling strings and floorshaking soul beat of The Winter Stories, but there’s a more than a whiff elsewhere that they’ve simply borrowed Belle and Sebastian’s watch and told them the time.

The title alone of Girl On A Boy’s Bike sounds like it came from a B+S song title generator and despite their myspace claim that they like ye-ye, the only tangible French influence to XOXO is that, like Legal Man, it sounds like the theme tune to Eurotrash.

There’s evidence aplenty on this ep that World Atlas have the talent to give up the pastiche and make their own mark. I desperately hope they do because nearly every band who try to sound like B+S are terrible; this lot, with a little more confidence and a little less deference, could be something special.
Posted by Fire Escape at 4:01 pm No comments:

No expense was spent on the recording of Knight School's second album, Revenger, which is scratchy, fuzzy, lo-fi fun packed full of tunes. Pretty much like last year’s The Poor and Needy Need To Party, only better.


They haven’t travelled far from their core influence of the TVPs' And Don’t The Kids Just Love It – the occasional touch of kindergarten psychedelia hints they may have expanded their listening to include the TVPs' Mummy Your Not Watching Me – but they play with such heart, pizzazz and infectious charm that you can’t help but be swept up in their melodic maelstrom.

Subject matter includes wizards, restraining orders and pizza, one song's called Meathead Hurricane, and lyrics like “Life’s been so hard since I’ve been in limbo/Life’s been so hard since mom was a bimbo” put Knight School right at the forefront of gleeful punk pop with Let’s Wrestle. Or as they quite rightly sing on Hope Everything Falls Into Place Before I Fall Into A Grave: “I say fuck off to those who want me to grow up”.
Posted by Fire Escape at 2:23 pm 2 comments:

G.E.D. Soul Records, the home of super heavy raw southern soul (or Murfreesboro, Tennessee, as it’s also known) say: “You like smooth? You like pie? Then you will love Smoothie Pie". Damn straight. They could equally have said: ‘You like Archie Bell and the Drells? Stevie Wonder? Al Green? Then you’ll love Sky Hi's debut single, Smoothie Pie.’

Turn it over and you’ve got Get Yourself Together, which sees Sky Hi turn up the funk and shows they’re no strangers to the early 70s vintage of Curtis Mayfield, Sly Stone and Marvin Gaye.
Posted by Fire Escape at 4:21 pm No comments: 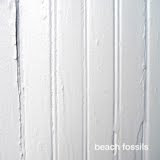 Have a listen to Youth. And the high production quality of the Insound Session makes it well worth a watch.
Posted by Fire Escape at 11:26 am No comments: 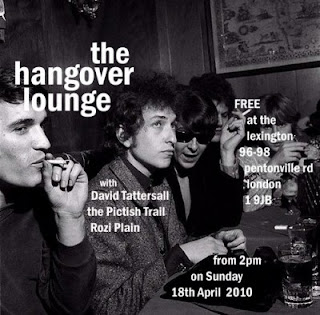 Free. This Sunday. At the Hangover Lounge.
Posted by Fire Escape at 3:59 pm No comments:

Unnatural Helpers say no to life and yes to the twin addictions of hard liquor and full-strength fags. Propelled by a bank of godless guitars and a cataclysmic riff that was forged in a volcanic eruption, Sunshine/Pretty Girls is an unholy death rattle that sacrifices wholesome pursuits on the altar of narcotic impulses.

Martyrdom, sardonic lyrics spat out, mocking harmonies and a stupidly simple guitar solo all in a shade under two minutes, Sunshine/Pretty Girls is the sound of the summer. If fields all over the world are ringing out with the anthemic “My lungs are killing me but I’m never gonna give it up/My liver useless as can be but I’m never gonna give it up/Because I don’t care about sunshine/pretty girls” this summer then you’ll know the festival bookers have made the right call.

Hardly Art are selling this single. Hats off to The Finest Kiss for writing it up in the first place.
Posted by Fire Escape at 11:26 am No comments:

The Babies - Cassie Ramone from Vivian Girls, Kevin Morby From Woods, Justin Sullivan from Bossy and Nathanael Stark from Bent Outta Shape – sound like they wrote both sides of this single in the corridor outside the rehearsal studio and then recorded it in the alleyway during a fag break. Chances are they were playing early Kinks, the New York Dolls and a stack of Pebbles compilations the night before. “Somebody Else” stands shoulder to shoulder with the best of those records.
Posted by Fire Escape at 10:09 am No comments: