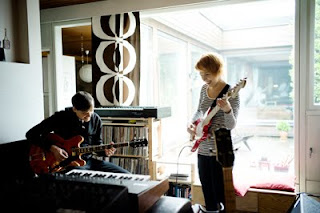 Fresh to the import racks this week is Jo Stance's debut 7”, Hey Girl!, a contemporary take on sweet Chicago soul featuring vibraphone for added zest. Along with the Soul Investigators blazing a trail for vintage sounds on modern impulses, this duo are suggesting that Finland might just be some kind of musical mecca for soul fans. An album is ready for release this autumn. Bring it on!
Posted by Fire Escape at 1:27 pm 9 comments:

"I could tell as soon as we started working together that this would be a really fun group. Our songs are so catchy, simple, and honest. We have a really great dynamic!"

The Flips' new ep on Hozac, I Just Don't Know Where I Stand, is a glorious thing. It has the shang-a-lang of the Shangri-Las, the sass of Nancy Sinatra, the snot of Pearl Harbor & the Explosions, the power of Holly and the Italians, the beauty and the beat of The Go-Go's, the pop hooks of the Brill Building and the sweet venom of punk.

They had an added tuffness live. Someone should release all their recordings. They've just split up. I'm already nostalgic. 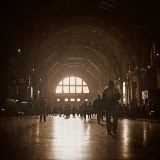 It's available to download for free. Warners signed them on the strength of their 2007 debut but HDV got frustrated by the corporate delays so decided to give away the album. This eponymous successor is grander and richer and more ingenious. And it's free! Ain't life sweet sometimes.
Posted by Fire Escape at 3:49 pm 2 comments:

An entertaining interview with Robert Forster has just been posted. He peforms Darlinghurst Nights, When She Sang About Angels and Demon Days during the course of the interview.

Myron & E with The Soul Investigators - On Broadway


They shoot, they score: On Broadway makes it a sweet hat trick for Myron & E with the Soul Investigators.

It’s not a cover of The Drifters’ song; you could take a guess that they might have been listening to the Eccentric Soul: The Prix Label compilation for laidback grooves, to Marlena Shaw for rhythmic artistry and to The Jhamels for sensual organ-driven LA soul.

You could also say that with this third triumph, they’ve proved themselves to be true originals who remind you of other great musicians.
Posted by Fire Escape at 4:29 pm 3 comments:

After another great performance at Rough Trade East on Friday, I asked Robert Forster a question:
So you can live a life of luxury on rock'n'roll royalties, what bestselling act should cover which of your songs?
There are two. Elton John should do He Lives My Life from The Friends Of Rachel Worth. Do you know it?
Yes
I’d also like Keith Urban to cover Spring Rain.
I’d like the next teenager who wins Pop Idol or X-Factor to cover Spring Rain as they’d get an appreciation of making the transition from awkward adolescent to slightly less awkward grown up in public through that song.
Can you arrange that? Do you know people?
No, but the most persuasive method would be to launch a Facebook campaign. I’d have to assign one of my young charges to this job. Could I rely on your support in this endeavour?
You have my backing, my permission and my full support. Bon Jovi! I'd like them to do something as well.
Which Forster/GBs song Bon Jovi should cover remains a mystery.

I Love Myself And I Always Have 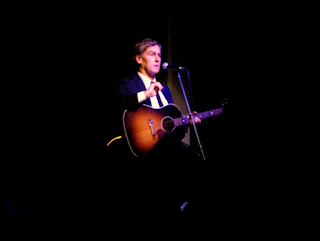 is the proposed title of Robert Forster’s next album. He played that new song last night at the Jazz Café after performing “15 songs about London” (or perhaps more accurately ’15 songs he wrote in London’). The highlights were a particularly theatrical romp through Spring Rain – Forster has always done camp wonderfully - a story about living in an attic once inhabited by Val Doonican and a cover of The Only Ones’ The Whole Of The Law with Forster mimicking Peter Perrett’s louche drawl perfectly. He then offered his services as a singer if anyone was going to start an Only Ones tribute band.

This was a much more confident performance than Forster’s last London show two years ago. Understandably, as he was then just starting out on the fourth stage of his career; this time around he seemed relaxed as a solo performer.

Next show: Rough Trade East this Friday at 6.30pm. See you there.

Photo credit
Posted by Fire Escape at 9:51 am No comments: 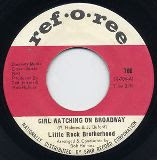 It’s worth checking out any release on Nashville’s Ref-O-Ree label because the prices are low and there’s a fair chance you’ll uncover something pretty special or, in the case of Girl Watching On Broadway, a stone cold classic.


This punchy funk instrumental from 1969 by the Little Rock Brotherhood is the work of Ref-O-Ree’s in-house arranger Bob Holmes and when the summer days turn hot I reach for it every time. The b-side, Morning After, is slower, more soulful and just as essential. You’ll notice the crackles on my £2 copy; ignore the internet nutjobs and you can source a mint copy for a fiver.
Girl Watching On Broadway 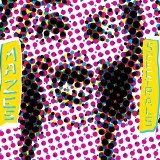 Mazes' best their first ep with "Most Day" and "Vampire Jive" – more short songs inspired by Swell Maps’ DIY, Guided By Voices’ simple pop sensibility and Psychedelic Horseshit’s fucked-up fuzz only better. The pair of aces on their next single, Cenetaph/Go-Betweens, are better still. You’ll love this band.
Posted by Fire Escape at 1:30 pm No comments: