Where once Heavenly grabbed the excitable post-punk of Girls At Our Best! and the pop bite of Altered Images to stamp their mark on indiepop, bands are now taking the Heavenly option as a jumping-off point for their own thrills.

Leaving Mornington Crescent
This Swedish band have the Amelia Fletcher style of primary school assembly vocals and the stop-start guitar pop pretty much perfect and, on Keep Your Hands Off Me, they get the handclap-fuelled girl group pop and melodrama spot on – all in under 50 seconds(!). Their talents, plentiful as they are on their top songs, are stretched a little thinly at times over the six tracks of the Corners ep, but stick this band in a gro-bag and in six months’ time they could be as good as The Aislers Set once were. They’re getting close.

Meow Meow!
This new Liverpool trio ram raid the Go Sailor and All Girl Summer Fun Band back catalogues and crash it into late 70s powerpop with such brio that it’s surely only a matter of time before K Records open their chequebook. With a song called One Crazy Summer which opens with the line “I fell in love with a boy, thought it would last forever” you know they’ve been studying the Amelia Fletcher copybook.

Sourpatch
This Californian quartet trade in a superior line of snappy melodies and punky pop with dizzying, driving guitars that take more from those 7” masterpieces by Velocity Girl and Small Factory than they do from Heavenly; but I did see Small Factory play at least four gigs with Heavenly in 1992, so it all fits together and thrives on the same spirit. There’s a free ep from wiaiwya and an album due soon on HHBTM.

Tender Trap oh shut up granddad have another werther’s original the new bands are the best
Posted by Fire Escape at 3:00 pm 1 comment: 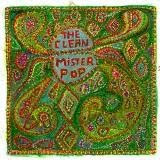 Given the sheer quantity and quality in the past five years of bands emerging from the dark corners of the US underground who are obviously influenced by The Clean, if there were ever a Clean Fest featuring the NZ heroes and their many talented fans it might just be the best festival ever.

It would obviously be the best festival ever if The Clean had made albums as good as Vehicle since its release 20 years ago. Nonetheless, Mister Pop is a very good album – at least as good as 1994’s Modern Rock and better than subsequent efforts – which on tracks like Factory Man match Robert Scott’s pure pop sensibilities with David Kilgour’s gift for jaggedly direct guitar rhythms.

The experimentation that bedevilled 1996’s Unknown Country (the only of their albums to steer well clear of) is indulged on Moonjumper and Simple Fix, but I regard these as sacrificial lambs next to the psychedelic inventiveness and arresting originality of songs like In The Dream Life U Need A Rubber Soul and Are You Really On Drugs.

The most consistent work by The Clean’s two principal songwriters since Vehicle has come in Scott’s Bats and Kilgour’s solo works. I’d take The Bats’ Guilty Office and Kilgour’s Falling Debris albums from the past 12 months over Mister Pop, for example, but I’d take Mister Pop over most other albums in the same period.

The nearest thing there’ll be to a Clean Fest is when Pavement curate ATP next year. If The Clean, whose dissonant chimes and leftfield melodic bite can be heard strongly throughout Pavement’s back catalogue, and at least a few of the many current bands in their debt aren’t included on the bill I’d be very surprised.
Posted by Fire Escape at 4:04 pm 4 comments:

The Bats, The Puddle AND David Kilgour live in your house

Three of my - and yours, I've no doubt - favourite acts are having their Nov 7 Dunedin gig filmed for overseas folk, who can buy tickets for a highlights package.


I've not seen The Puddle or David Kilgour live and would desperately love to. I've got a hunch that the highlights of the gig might be best decided by the audience rather than the bands; the finer details have yet to be confirmed, but you can find more information and buy tickets here.

There was much speculation a few years ago about streaming gigs being a valid replacement for actually going to gigs. The reality turned out to be for a lot of people that going to gigs became their main way of consuming - or at least paying for - music; not least, I suspect, because on a small scale gigs were a social for message board folk and on a larger scale the biggest-selling acts tended to be guitar acts with an older fan base who could afford to pay for the very high ticket costs and the big bands, deprived of some sales revenue from illegal downloads, made decent earnings from touring.
Posted by Fire Escape at 3:51 pm 1 comment: 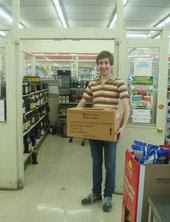 Fluffy Lumbers’ debut ep, Police Cruisers, is deliciously chaotic and maniacally lo-fi like it was recorded for two bucks and Samuel Franklin, the 20-year-old who is Fluffy Lumbers, only scored such a cheap deal in return for having the shit kicked out of him by a sadomasochistic engineer while he was in the studio.

It sounds like a dementedly pop version of Ultra Vivid Scene, like Crocodiles if they lusted after Californian surf pop instead of Germanic icy keyboards and like Jan and Dean crashing into the ocean. I fuckin’ love it.

Phil Wilson Was In An Indie Band Once


MJ Hibbett and the Validators’ new single, My Boss Was In An Indie Band Once, is inspired by the true story of Phil Wilson, who swapped the seedy glamour of indiepop stardom for the more financially secure world of the civil service.

As you stalked the corridors of power, did you get asked to sign June Brides records?
Ha! No!!! Most people would ask what I'd done before joining. When I explained, almost none of them had ever heard of the June Brides (or even indie music). Although, having said that, I met my wife at our office and she had seen me play live years before, without realising that I was that same chap. Also, Tim Vass (the Razorcuts) and Mick Thackray (The Legend's brother and ex Swinging Soul Sister!) worked at The Treasury at the same time as me...It's a small indiepop world.

Are Mark's lyrics fact-based or the product of creative license?
There are, indeed, bare bones of truth, elaborated with a thick coating of poetic license! I do still have my hand-painted June Brides shirts - but can't fit into them any more :-( And anyone who has ever, ever released a record has a cult following in the Far East. I even have a cult record label ("Every Conversation Records" in Tokyo). I think touring Japan is a bloody good idea and hope to get there one day. And the ethics of punk can definitely be applied to the world of work! That's why I joined the civil service - I definitely would not have wanted to be working for any bloated capitalist corporation - in exactly the same way as I wouldn't sign the Junies to a major label!

The last word goes to MJ Hibbett:
The single's also got our version of "House Of Fun" by Madness as well as a live version of my one-man Rock Opera "Dinosaur Planet" on the mulitimedia.
Posted by Fire Escape at 10:06 am No comments:


Taking the same practice rock ethic as shitgaze pioneers Psychedelic Horseshit and the reverb-heavy fuzz of Wavves comes Mississippi’s Dead Gaze; only instead of the Beach Boys subversion of those bands, Dead Gaze sound like they’re playing fast and loose with Hüsker Dü’s sonic intensity and melodic bloodlust.

Back And Forth comes from the new album End Of Days, Why Not You, which, like all Dead Gaze records, you can download for free.
Posted by Fire Escape at 11:37 am No comments:

This taster from their second album, Staggering, due for release in January 2010, has got the rough guitar feel of Dinosaur Jr with the trademark Boy Genius knack for a surefire pop tune. On this basis, Staggering will live up to its title.
Posted by Fire Escape at 12:24 pm No comments:

The Claim and Amor de Dias free gig this Sunday

Amor de Dias, featuring Alasdair from The Clientele and Lupe from Pipas, are also playing. Entrance is free. The Hangover Lounge starts at 2pm at the Lexington with the bands on late afternoon/early evening.
Posted by Fire Escape at 10:21 am 2 comments:

In front of a handful of punters in a London basement in March, Kid Canaveral played as if they were headlining Wembley. This Scottish four piece bring the same enthusiasm to their records – fusillades of pop-punk tunes that recall both the Buzzcocks’ peerless run of singles and the goofy thrills of The Undertones when they were obsessed with chocolate and girls.

Kid Canaveral are touring the UK this month. You must see them. Speaking from experience, they will make it worth your while.

Their fifth single, Left and Right, is out on tape and download on 19 October.
Posted by Fire Escape at 2:19 pm No comments: