Second-time around The White Wires have cleared up their garage for a brighter, cleaner sound. Just as you could judge the songs by the titles on their debut (Stayed Up Late; Ha Ha Holiday; Your Mother Says You’re Ugly) this fresh batch does what it says on the tin: Let’s Go To The Beach; Summer Girl; Popularity.

There may be references to The Beach Boys (Be True To Your School ('Til You Get Kicked Out)), the Raspberries (Just Wanna Be With You) and Frankie Valli and the Four Seasons (Bye Bye Baby) in some titles; whichever way you look at it, though, this time the White Wires have delivered the pop in equal measure with the power. It might not please the garage rock purists, but everyone else can claim this as a fist-pumpin’ punk pop triumph that trumps their first record.

Dirtnap have a free download of Be True To Your School (’Til You Get Kicked Out).
Posted by Fire Escape at 12:32 pm No comments:

Molly Wagger’s debut 12” is in Weekend one part an anthem for the gloomy (see also: Air), and in Molly a crestfallen guitar matched with teasing electronica (see also: New Order). This is the record Arab Strap might have made after The Girls Of Summer. At least, it would've made more sense and improved their discography had that been the case.
Posted by Fire Escape at 5:19 pm No comments:

The Vivian Girls' rock family tree entry gets bigger by the month. Katy Goodman has struck out on her own as La Sera. Never Come Around is captivatingly druggy like Mazzy Star, hypnotically psychedelic like Apples In Stereo, and charmingly seductive and twisted in equal measure like Spector's darker moments with The Ronnettes.


Can't wait that long? Some of your Katy Goodman needs can be met by securing a copy of It'll Come Around (yeah, her title-generating software is limited at the moment), her collaboration with Gregg Foreman of Cat Power. It, too, will make your knees weak and your heart beat a little faster.

Yes, it’s time to go over the year’s releases and compile a CD for my friends who still like music but are either obliged by social services to spend their time and money on fripperies such as their children, or just got lazy.

This compilation isn’t an exact representation of my very favourite tracks of the year; even though it contains many of those, favourites were left out in cases where everyone will most likely have the song already, or where there just wasn't room, or I screwed up because I just didn’t spend that much time thinking about it. Stacks of brilliant new music has been omitted (as well as included, natch), but it's a mix for mates, not an awards ceremony!

I stand by all of these songs as being amazing (and remain convinced that there’s no let up in the quality of new music being released each year) with the possible exception of You’re My Yoko, which despite my initial excitement at what I thought was Dan Treacy’s return to form, might actually be a crappy re-write of Don’t Look Back In Anger. I’ll let the listeners decide.
Posted by Fire Escape at 11:13 am No comments: 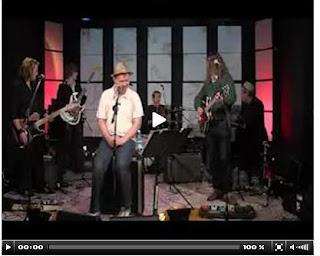 Edwyn Collins and his band were filmed playing Losing Sleep, Searching For The Truth and In Your Eyes at Blackburn College last month. There's no embedding the video, so don't try to press play on that image; press play on this to view the magic.
Posted by Fire Escape at 10:31 am No comments:

Cut From A Different Fur - Fergus & Geronimo "Powerful Lovin'" from Yours Truly on Vimeo. 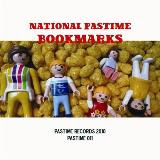 Having a song called Consolation Prize should be a dead giveaway, but National Pastime aren’t Orange Juice clones. No more are they named after the Stockholm Monsters song. What this Exeter band’s fine third album, Bookmarks, does show is them sharing the influences of chiming guitar pop and charmingly offbeat psychedelia that were the bedrock for 80s indie.

The key tracks – to these ears at least – are Leningrad (the Teardrop Explodes’ Tiny Children meets the Television Personalities’ A Sense Of Belonging) and The Girl With The Long Brown Hair (this could be a lost Orchids song).

Bookmarks is well-crafted English pop – did someone mention XTC? – and even if it stumbles on occasion, there’s enough quietly stated classic songwriting to capture your hearts, especially if you always thought The Cure were far better with all the goth trappings stripped away.
Posted by Fire Escape at 11:41 am No comments:

Love Don't Hurt At All

In a vintage year for modern soul classics, the number one track from Seductive Souls' Spirit album has been released on 7". The funky soul of Love Don't Hurt At All - masterminded by German producer Rob Hardt and New York singer C Robert Walker - might take you back to the early 80s when the urban scene drew on Philly Soul's pop and 70s funk for rich inspiration, and when the good times of Nile Rodgers and Bernard Edwards set the scene. If Capital Radio still A-listed songs like this, radio dials would be stuck to 95.8.

Posted by Fire Escape at 8:45 pm No comments: