The Girls In Their Summer Dresses 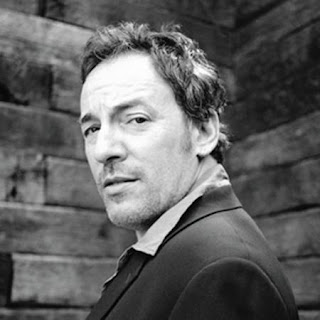 Pedantry is not the first thing my friends would accuse me of (it’s probably the second; judging by Christmas Eve in the pub, the first thing is being “a cunt” – thanks John, thanks Tim) but the repetition in yesterday’s Observer of the falsehood that Bruce Springsteen’s Girls In Their Summer Clothes might be a Stephin Merritt tribute needs addressing. 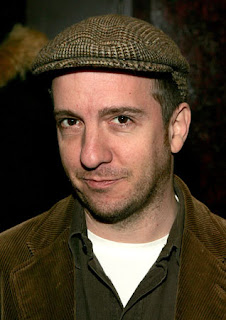 Secondly, Merritt owes as much to Springsteen’s influence as he does to any of the more fashionable names with whom he’s usually associated. Unfairly maligned or dismissed by indiepop fans (what band got its name from the lyrics to Springsteen's Blinded By The Light: “And go-kart Mozart was checkin' out the weather chart to see if it was safe to go outside”?), Springsteen is one of rock’s greatest portraitists.

Has Merritt ever written a verse as evocative as

I appreciate that elevating Springsteen over Merritt will be an unpopular position for many of you, but I maintain that stance with a conviction while fully acknowledging Merritt’s gifted guile.

I’ll leave off here with some more wisdom from Springsteen:

The shocking thing about the song was in Bruce's choice of instrumentation and production, and not in his lyrics. If you knew ANYTHING about the Magnetic Fields you would know that this was an obvious tip of the hat to the "The Charm of the Highway Strip" album released in 1994. Why is it so hard to believe that Bruce Springsteen might be influenced by the style of another great song writer?

The shocking thing about the song was the production itself: the whole album is badly produced.
I do not find it hard to believe that Springteen is influenced by other great songwriters; in fact, I wholeheartedly believe it to be true.
However, I don't think Merritt is one of those influences.

Aw man ... I thought I was the only person who thought 'Girls...' sounded like The Magnetic Fields. For once I thought I'd had an original thought that was my very own to cut out and keep. It's like that time I put The Del-vetts next to The Human Beinz on a tape only for the Nuggets box to do the same ... or the time when I thought I was excited because I had spotted that The Delmontes had been HEAVILY influnced by The Castaways' 'Liar, Liar' only to be told that EVERYONE had spotted that...

Radcliffe and Maconie played another track from Magic on their show last night and it was good apart from the parping sax bit. I'm not the world's greatest sax lover and I think, in part, that's what's dissauded me from sampling Springsteen's stuff in the past. So ... is Magic throbbing with sax?

PS I realise that hating sax is a bit odd when it appears on screeds of great Northern Soul records ... but for some reason it doesn't bug me ... must be the way it's recorded ...

The sax is a fairly important component in E Street Band recordings. So avoid Springsteen's recordings with them. Which would be at least three-quarters of his output. And all of his best stuff.

I, too, have a dislike of the sax, but usually only when it's noodling in jazz or in smoky power ballads.

Clarence Clemons' style is more rhythmic than harmonic, so you'd probably be happiest away from his 'parping and throbbing'...

Personally I have no idea what you people are talking about. "Girls In Their Summer Clothes" sounds like a lost track from the "Born To Run" sessions.

I was at the gas station when "Girls In Summer Clothes" came on and was shocked how obviously this had to be either Stephin Merritt or someone who quite admired him. I googled the lyrics to the chorus and found it to be Bruce Springsteen. I figured the song may have been written by Merritt.

Ok. Springsteen wrote it. But the production, melody, lyrics and phrasing are so clearly influenced by Merritt that I can't imagine why this fact seems to offend you so much. Being influenced by the greatest active songwriter is not a crime. What's the big deal?

The "big deal" appears to be that you and others are unaware that Bruce Springsteen was writing songs in the style of Girls... in the 70s. It is he who is the influence on Merritt, not vice versa.