Another Sunny Day: the Caff single 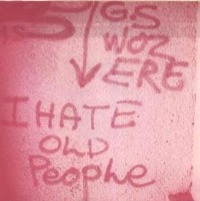 Eighteen years ago while moonlighting from Sarah Records, Harvey Williams released a single for Caff, a collectors’ label run by Bob Stanley that issued 7” singles in limited editions of 500.

The sleevenotes (or, rather, a small, loose piece of paper) written by Bob tell us this much:

Here’s another archive goodie, this time from Penzance’s titan of teen pop, Harvey ‘Festive’ Williams (as he was known in his baseball days). Both “tracks” were “cut” on a now deceased portastudio in Stamford Brook, W. London.

Genetic Engineering was a 1983 single by OMD which appeared later that year on their seminal Dazzle Ships album. Says Harvey: “That LP was a perfect combination of submarine noises, anguished vocals, thrashed guitars and Czechosolvenke radio. I accept no substitute.”

Kilburn Towers meanwhile is from a 1968 Bee Gees LP called Idea. Over to Festive: “Kilburn Towers is a typical, beautiful late sixties Bee Gees ballad. Strings and mellotron to the fore, atmos melody, Barry’s chestwig. Without The Bee Gees I could not live.

I asked Festive last week for his thoughts on the release 18 years on:

OMD and the Bee Gees are both bands who are grossly misunderstood by the general public. I guess I was trying to -ahem- redress the balance. Certainly a few people have told me that they'd investigated the Gibbs' 60s work after they'd heard the Caff version of Kilburn Towers, so it feels like there was some point to it all.

An ANOTHER SUNNY DAY discography CD would be very much appreciated by this blog reader at any rate - & THE SEA URCHINS too whilst I'm on the subject!

Most music I have - and everything by the bands you mention - is on vinyl.
I'll probably never get round to digitising it. Hmm. Maybe someone else reading this can help you...