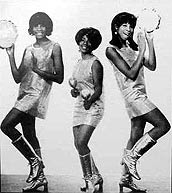 Best of all, Honey Man by The Modettes sounds like it’s the blueprint for Dexys’ Tell Me When My Light Turns Green; only Honey Man wasn’t issued until 2005. Perhaps it’s here that we have to speculate, as the academic David Luke did on the genesis of the Grimms' Fairy Tales, that for profound human reasons, both The Modettes’ and Dexys’ songs came into being independently (polygenetically) in quite separate cultures.
Posted by Fire Escape at 1:03 pm

that's my shopping sorted for today then - top hole
x

Ally, I'm convinced you start the day late morning with an isotonic smoothie, swiftly followed by a large V&T, then, still recumbent in your silk dressing gown in your Soho pad, you surf the net to make a record shopping list before strolling down Berwick St. Oh to be independently wealthy.

i dream that too darling

Dansmusen said...
This comment has been removed by the author.
10:20 pm

Cool...so this is the song you wrote on my paper... i kind of lost it later that evening :-)

The Stepfather of Soul said...

That is indeed a killer tune; I was listening to it on the way to work today and thought "let me feature it on my blog today," but in my research I found your blog and your spot-on post about the song. If I may, I'd like to add you to my blogroll!

You add away, Stepfather of Soul! Thanks for dropping by.