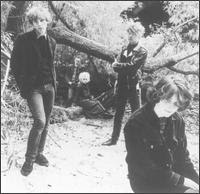 Two Pastels’ demos from around that time, Oh! Happy Place and Supposed To Understand, also make essential listening. Even without Rose and Jill from Strawberry Switchblade on backing vocals, Supposed To Understand in demo form still sounds like one of the best songs The Pastels have ever written.
Posted by Fire Escape at 11:18 am