Standing At The Edge 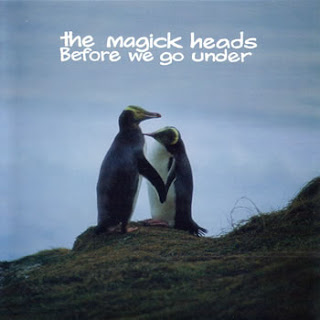 Most of my favourite music thrives on the twin impulses of the outsider’s disaffection and the dissident’s agitation. The defining characteristic of New Zealand’s best music has been to amplify these qualities.

I suspect geographical isolation magnifies the outsider status as well as creating an environment where the bands are not just standing at the edge of the world, but are, by making music on their own terms with scant regard to commerce, daring to jump off the edge of the world.

Conventional wisdom has it that NZ music peaked with Flying Nun’s output in the 1980s. Much fantastic music was indeed made during that time, but as usual conventional wisdom is flawed. I rate The Magick Heads’ - led by The Bats' songwriter, Robert Scott - first album, 1994’s Before We Go Under, as the best Flying Nun album. The opening track from this maudlin masterpiece of folk, subtly pop-ish guitars and punch-drunk violins is Standing At The Edge (criminally, the album’s long deleted, so listen to this song as a taster then hunt down the album).

The Magick Heads’ debut single, The Back Of Her Hand, was my favourite single of 1993 (note to pedants and teenagers: yes, I know it came out in 1992, but 15 years ago, before the internet and the cargo plane, the discerning record buyer had to rely on amphibious donkeys ferrying records 12,000 miles across the world). That’s also long deleted, so I’ve uploaded that, too.
Posted by Fire Escape at 1:49 pm

To my eternal shame, after you kindly let me hear this album, I discovered that I'd actually bought it years ago and forgotten about it. I rescued it from the chuck out pile in Tower at Piccadily Circus when I was on a border raid. You're right it is a lovely record. While I'm at it ... you're right about Minisnap, too. Very pretty vocals.

A border raid? Curses! Hadrian's Wall's been breached.
You can give the CDR I made you to someone who hasn't got a copy (and wants one)...

I will do. I imagine that young Mr Bladh would appreciate it :)

'Off The Ball' (Radio Scotland footy show) once postulated that Hadrian's Wall had been breached by coachloads of Scots footy fans emptying their Irn Bru filled bladders against it. If I'm ever jailed for a long stretch I'm gonna use this method to escape!

The b-side to 'The Back of Her Hand', 'Don't Worry Son' was a mix tape favorite of mine in the mid 90's. Was grateful for Ajax mailorder here in the US for keeping me up on current NZ indie as well as stocking as much of the old stuff as he could.