Even when it was snowing, he would wear a T-shirt and jeans jacket, the same thing he wore at the height of summer. He ate sparingly and consumed large amounts of alcohol. And he loved to talk.
Vickers on McLennan 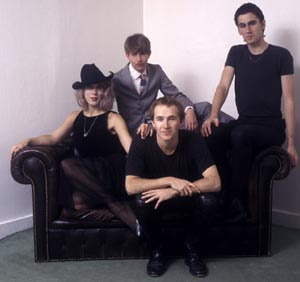 Robert Vickers – what’s not to love? He always looked 14 years old, got his haircut and dressed like he was in The Beatles (not too far off, as it goes) and trained as a mystic after leaving The Go-Betweens.

For my friend Grant McLennan who died in his sleep
I played in a band called The Go-Betweens with Grant McLennan for five years (January '83 to December '87), but it was much earlier, before that time, when I really got to know him. We had met in Brisbane, Australia in the late Seventies. A cultural starved and politically repressive place where a corrupt government and a violent police force ruled. We were all turning twenty and desperate to 'do' something, and to get out of town. I managed to get out of town first, ending up in New York City, in a popular band managed by the owner of CBGB's and produced by a member of Blondie. It seemed like a dream. When Grant said he'd like to visit, I was happy to share that dream with him. For a month, he shared my tiny apartment and got a dose of the wild, early '80's New York. A bar tab at CB's, free entry into clubs like Danceteria, the art scene, the birth of hip hop and the kind of bohemian urban lifestyle we had only had fantasies about in Brisbane.

(full obituary here)
Posted by Fire Escape at 11:12 am

lovely - thanks for this treasure.
x