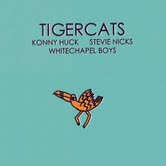 EDIT: Haircut Records have asked me to point out that Konny Huck isn't about the telly star's betrothal; it was written some time before the announcement and the timing of the release was coincidental. I am happy to issue this clarification.
Posted by Fire Escape at 4:43 pm