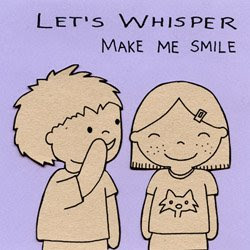 Vermont’s Let’s Whisper open their debut ep, Make Me Smile, with a curveball: Dylan’s Song might be more appropriately named McLennan’s Song, as it reaches back to when Grant McLennan first marked The Go-Betweens’ dance card with a dusty country feel on Don’t Call Me Gone.

They can be a little too sweet at times – When You Were Eating Ice Cream will give you toothache – but otherwise this is a very promising start. 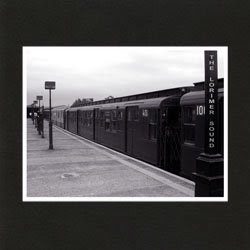 The Lorimer Sound's Greenstreets ep has, in songs like Photograph and Brooklyn Bound, the awkward naivety and shy romantic tendencies that recall The Lucksmiths of over a decade ago.


An instrumental, Block Party, rather wonderfully reveals the band to have a mastery of 60s girl group pop party music that hints at ambitions outside of their otherwise dominant indie milieu.

Perhaps, like The Lucksmiths found, The Lorimer Sound would benefit from more studio time. Whichever way, give this band 6 months and their coltish exuberance could just grow to become a force to be reckoned with.
Posted by Fire Escape at 12:44 pm