The time has come to pick the best singles of the year. In the richest, most exciting harvest for years, two singles stand out (although, to be fair to the dozens of stone-cold classics issued this year, these are quite simply the two I played more than the others). I Want To Be In Husker Du by Let’s Wrestle is one of them. 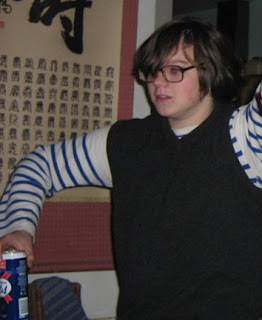 Starting out on the antifolk scene as a solo performer when he was 13, WPG, now a ripe 20, has since absorbed post-punk’s scruffiness, Vic Godard’s passion, the TVPs’ simply charming take on classic pop, Daniel Johnston’s offbeat vision, Beat Happening’s ramshackle thrum, Go-Kart Mozart’s wit and zest, and (of course) Husker Du’s melodic riotousness. Predictably, the result is inspired, urgent, beguiling and utterly essential.

A second single (download only, so it’s not really a single, I know) was released last month and saw Let’s Wrestle starting to get the praise and attention they so obviously deserve. The acoustic version of I Won’t Lie To You, on youtube, is well worth your attention.

Maia Hirasawa made this year’s other greatest single. If And I Found This Boy had been on the soundtrack to Pretty In Pink that film would still be playing to packed theatres across the world twenty-one years on. Brimful of tune, this rollicking romp through the pleasures and pains of casual sex captures pop music’s uproarious effervescence at its very best.

This unruly treasure teeming with an abundance of adventure, enriched with horns, a saloon-bar piano and a stop/start signature – you’re probably ahead of me here – features handclaps.

Given the flood of fantastic releases this year, these two gems might yet be upstaged. If 2008 is half as good as this year’s been, we’re in for a treat. Bring it on!
Posted by Fire Escape at 2:37 pm

Maia v wonderful. Can also recommend Our Broken Garden on My Space if you like yer ethereal Danes.

If I have to listen to that song one more freaking time I'm going to go on a rampage so terrible it will warrant its own wikipedia entry.

Readers, I suspect "hsg" is in fact my wife. I am expecting headphones for Christmas. Or divorce papers.