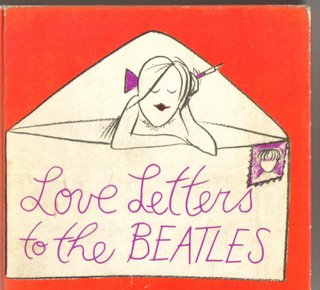 If you met a girl who was very pretty but she was only 15, but she looked and acted older and you were attracted to her, would you go out with her?

A friend of mine wants to know.

Thank you for the lovely letter.

I am so sorry that I have taken so long to reply. However, the timing could not be better as I have just split up with my wife (I now realise she was mad from the start, and you should not believe any of the stories you read in the papers about me. Bar the occasional spliff, a G&T in the early evening and an addiction to the WWF I am nothing like the stories she has told).


Phil was also kind enough to point out that the ICA gigs are not really a C86 anniversary - that link being the ICA's idea rather than Bob Stanley's. All the acts playing next weekend's two nights are relevant to the Hungry Beat documentary, charting indie's birth and rise from Postcard to The Stone Roses.

In return, I pointed out that "Ooh La La" from The Concretes' last album is more than slightly "inspired" by The June Brides' "No Place Called Home" and that Phil should consult his legal team to tap EMI for some publishing money.

Phil also said he was going to play "Better Days" at the gig, so I had to go. I am going.

As ever, I'm still looking for Contemporary Stars of Stature to answer love letters written to The Beatles in 1964 but, as yet, unanswered. As always, Paul and Ringo, if you're reading this, get in touch.
Posted by Fire Escape at 2:47 pm