Some friends despair that record shopping in NYC ain’t what it used to be. They’ve probably taken the easy pickings, the standards you snap up for a quarter of the price in the UK; what’s left you might have to dig a little deeper for or – dare I say it – expand your monocultural tastes to encompass more genres of music, but it’s still a rich land grab in NYC’s world of vinyl.

True, it is possible to snap up rarities at prices that, after you’d sold them on in the UK or that crazy long tail economic frenzy of ebay, would easily cover your air fare, but I’ve never been in the buy-and-sell market. Anyway, it’s hard enough lugging home what I’ve bought for myself and, not being great mates with my bank manager, the “temporary overdraft” farrago might be just a bit too much.

Bleeker Street is the obvious place to start; on this, like ot 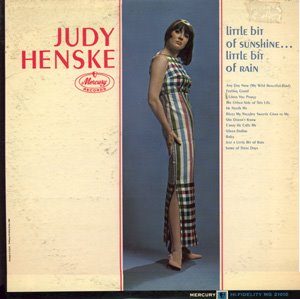 her trips, I go into Generation Records just off Bleeker on Thompson first. It’s the sort of place where you can still find bargains for under $5. Like Judy Henske’s Little Bit Of Sunshine…Little Bit Of Rain; and Sandy Denny’s Like An Old Fashioned Waltz. Admittedly, the Denny sleeve has suffered some damage, but the vinyl is in ex shape, so for $3 I’ll live with it until a better sleeve comes along.

Bleeker Bob’s is worth going into, even though it’s overpriced. They did, though, provide the biggest disappointment of the shopping fandango. Imagine – both Merry Clayton albums, and both too scratched to consider buying. At $25 each they were a little heavy, especially as they’d been marked VG. However, the records weren’t VG; they were G (that marvellous record collecting anomaly where G – Good – means good for nothing). It was like watching ebay move from the virtual to the real world: someone claims a fucked record is in decent nick and overprices it.

I did buy Swedish band Ola and the Janglers’ Let’s Dance album – still sealed – which, at $25, seemed entirely reasonable. This was because I hadn’t 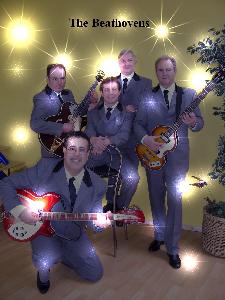 heard their late-60s material. Very generic 60s pop with a Merseybeat hangover (in 1969!) and a standard attempt at light-psych. Still, some very attractive trousers are sported on the sleeve, if skin-tight and made by a colourblind tailor is your idea of attractive. That purchase was all my fault, of course, but maybe Bleeker Bob’s isn’t really worth going in to…don’t put it at the top of your shopping destinations, anyway.

If you want to hear how the 60s really swung in Sweden, look no further than the triple CD set Stora Popboxen, which came out about 10 years ago (that’s when I got mine, anyway). The earlier Ola and the Janglers’ material on that is worth a listen, along with pre-Abba bands the Hootenanny Singers (Bjorn) and the (far better) Hep Stars (Benny). There are some stone cold classics on there, most notably The Beathovens’ Summer Sun (an aching lament that Ray Davies at his peak in the years 1965-7 somehow forgot to write; Scandinavian friends who know more about this than I, however, warn me that their other material is not up to scratch) and Steampacket II’s Take Her Anytime, a fuzzed-up soul psych-out with an insistent pop pulse that blows away any reference to Rod Stewart and Brian Auger’s Steampacket venture. The song was released as a single in the UK under the band name The Longboatmen; the 7” has just been reissued. If I had the silly money – 7 quid; did I mention I was skint? – I’d buy one today. If I had the really silly money - several hundred pounds - I'd probably buy 50 new records instead of the original 7".

For anyone interested in the roots of the Swedish guitar pop genesis – some might say genius – Stora Popboxen’s a good place to start. Copies of it are probably still littering the sale bins in Sweden, so if you’ve got a friend there, call in a favour.

More on record shopping in NYC later.
Posted by Fire Escape at 12:57 pm